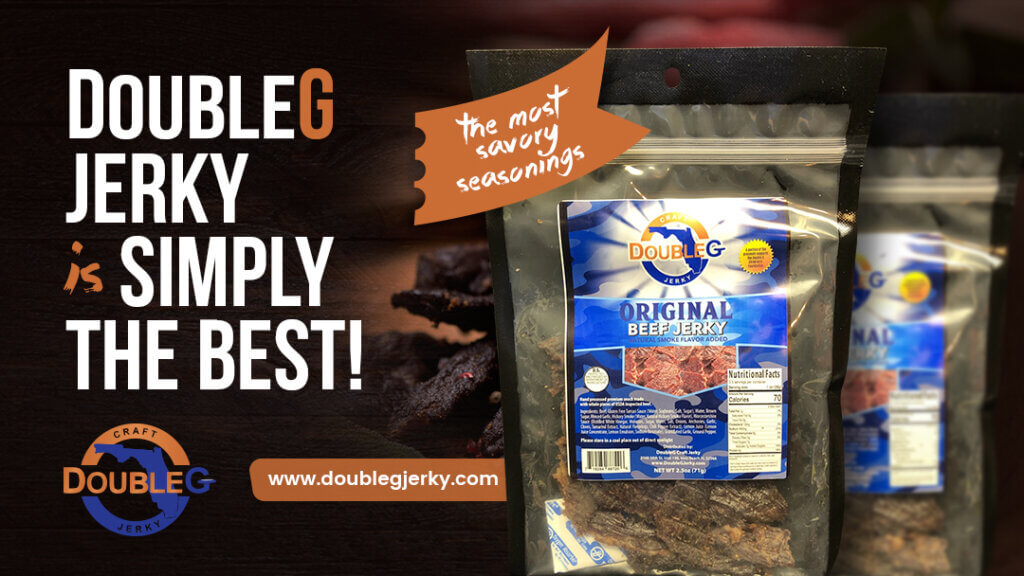 Raised in Florida, Garrett Gurthie (a.k.a., “DoubleG”) comes from a humble background that was focused on family and friends. Introduced to the sport of disc golf as a youth, he immediately excelled and, after many years of practice and preparation, has matured into one of the sports’ best competitors. DoubleG is best known for his […]

Get your favorite packs of DoublG Jerky

Welcome to DoubleG Craft Jerky Beef jerky was a household staple in DoubleG’s family and he became fascinated with creating his own flavors as a teenager. He continued his interest in jerky preparation throughout professional years and has now launched his own brand of jerky – DoubleG Craft Jerky. Starting with the highest quality meats […]